How does a differential work? 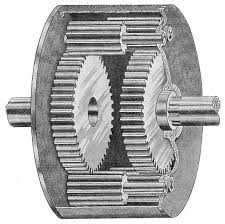 There are hundreds of components that make up an automobile; one you might have heard about is the differential, or ‘the dif’ as it is often affectionately referred to. But what is a differential, why does a vehicle need one and how does it work?

What is a differential and what does it do?

In very basic terms, a differential is a component that allows the wheels of your vehicle to spin at different speeds so it can turn corners.

In more technical terms, a differential is a gear train that is found in cars, trucks and other modern vehicles and allows a powered axle (usually the rear axle) to rotate independently.

Who invented the differential?

The differential was invented in 1827 by a Frenchman named Onésiphore Pecqueur. First used in steam-driven vehicles, the differential became a standard component of vehicles with internal-combustion engines when they were invented.

Why was the differential invented?

When power is transmitted to a pair of wheels, the force is divided equally between them, but for the vehicle to turn, the inside and outside wheels must spin at different speeds as they are travelling different distances around a corner. The inside wheels travel a shorter distance than the outside.

If a vehicle only ever travelled in a straight line, there wouldn’t be a need for a differential. But because a vehicle must be able to turn, a differential is required.

How does a differential work?

A differential has three main jobs:

The differential is a combination of gears designed to work together to minimise the loss of drive to one side of the vehicle when it turns a corner. But to understand how the gears work together to create different wheel speed, it’s best to see a visual example.

One of the best examples of how a differential works were produced way back in 1937. Watch it now:

Is the diff getting smaller?

The pinion gear and its roller bearing have become smaller, and the differential oil capacity has also become less in each generation of 3 Series cars.

BMW has also moved away from using the tapered roller bearing in favour of old-fashioned ball bearings. And they are now using plastic bearing cages.

Is it a good move? Only time will tell.

Run Auto Parts stocks a range of spare parts, for all types of European vehicles. Click here to see our full range of products.